I read a lot of posts about depression, and multiple sclerosis, and now melanoma. In most online medical blogs, the commentary begins with a description of the condition. In posts about multiple sclerosis, the verbiage rarely wanders from the standard description: an incurable, unpredictable, debilitating, degenerative neurological condition involving the central nervous system that can affect any body system, including physical, cognitive and emotional. If one wasn’t depressed before reading that prognosis, one certainly would be afterward. It’s usually followed by a clarifying sentence stating that no two patients are alike, and are in fact as different as snowflakes. Yet as true as that sentence is, everyone with a new diagnosis of multiple sclerosis is offered the same prescription, with the same dosage, and same ‘do  it yourself’ training kit, with a single visit from a nurse to offer hands-on practice. These medications do not treat symptoms; rather, they are rumored to slow the progression of the damage by about 30%. Most recently, the results of ten year studies have revealed that the claim of slowed or less progression has been proven false. So they neither slow the progression, nor treat the symptoms. Yet they continue to be prescribed, and purchased at great cost financially, emotionally and physically. 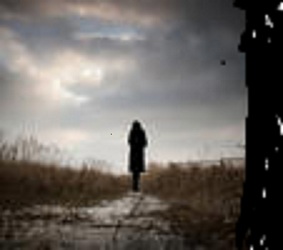 Which leads, then, to the definition of depression. The description of this condition varies widely; most explanations include the words low mood, sadness, anxiety, fearful, and describe patients as feeling worthless, helpless, without purpose or interest, and very very tired. Then the distinction between reactionary vs. chemical imbalance comes across: some sadness in life is to be expected when loss or trauma occur, and may lighten with the passage of time and the support of others. Other darkness may be related to a ‘chemical imbalance’ in the neurology of the brain, and could benefit from pharmaceutical intervention. There is a plethora of medications and dosages that vary from patient to patient, and are best monitored by a psychiatrist and complemented by a psychologist’s time and attention via talk therapy.

And then there is melanoma … never referred to in the pathology reports without the precedent ‘malignant.’ Skin cancer can take three forms: basal cell carcinoma, squamous cell carcinoma, and malignant melanoma. Malignant melanoma can take various forms: superficial (on the skin), ocular (on the eye) and mucousal (on inner linings of the mouth, nose, and throat.)  Then, of course, if untreated by surgical removal, malignant melanoma can metastasize and spread to organs, most likely the liver, lungs, and brain, resulting more often in death.

These are the three conditions I live with each day. I’ve acquired them one by one, beginning with the diagnosis of multiple sclerosis five years ago, followed soon after by depression, and only recently malignant melanoma. Prior to five years ago, I was considered a healthy person, and was fortunate for my health and strength. I enjoyed my job, and the sports activities of my daughter and son. I pulled weeds and planted flowers, shoveled snow and walked comfortably through spring and fall seasons. I never did enjoy summer’s heat but loved swimming in the ocean.

The diagnosis of multiple sclerosis brought only disbelief, and disappointment, and depression. By the time it had brought me to an early retirement, my disappointment had turned to anger and resentment. The fatigue of multiple sclerosis was increased exponentially by the fatigue of depression. I discontinued the prescribed nightly injections a few months after retiring, and began to feel better than I had for the four years I took those.

But in another few months I had the diagnosis of skin cancer … all three types, in multiple sites. I had eight cryo-surgical removal of early cancer sites, and eight progressive surgical removals of the five named sites – two melanoma, two basal and one squamous. Each site took three weeks to heal with sutures, and when healed, the next site was opened and then sutured when margins were clear. I am left with some surface scarring. I will revisit the dermatologist four times each year for the next few years, looking for more trouble to remove with more surgeries of whichever type is indicated.

If people ask me how I am doing, my answer will be based on my estimation of how much they are really asking about. For some, my answer will be “I’m okay.” For others, I’ll smile and return their question with a question: “How are you doing?” But for people whom I perceive as really wanting to know, I’ll be honest and talk about my strength, my fatigue, my mood or my concerns.

There is a possibility that someone might ask me on a day when words fail me … or when my attention is wandering … or when my energy is so low I don’t know how to explain how I feel. On those days I might answer with a blank stare, as happened just the other day in a doctor’s office. If that happens when you are asking, please be patient, rather than repeating the question. I just might not have an answer to give. 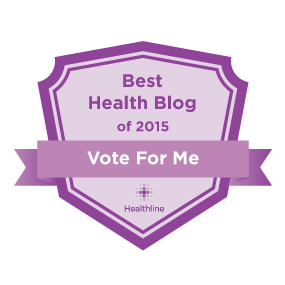